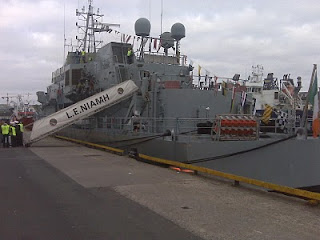 Today was a really cool day. We went into Galway and met up in a bar and went from there onto the L.E. Niamh. L.E. Niamh is the newest (started service in 2001) of 8 ships the Irish Naval Service have. We were aboard her as entrants of a poker tournament organised by the Simon Community Galway. So we all saw it as a good cause. 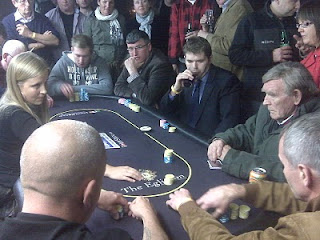 Myself, Mart, Barry, Paul and Marion were at one table and we were dressed up in style, we all wore suits (bar myself who was lacking in a suit top).  Paul however finished 4 last! This is brilliant because he obviously made it to the final table but also he was playing agains't two people that have played in tournaments that have been shown on t.v. 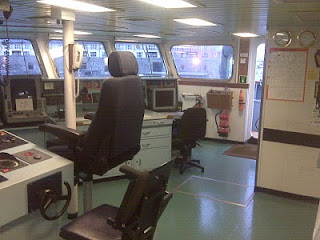 So he walked away with a consolation prize but nothing like the winners prize. I heard it estimated at €2000. Sweet if you won it. Anyway the last picture here is the bridge, we were able to walk through it on the way to the bathrooms. So I took a good few photos.
I believe a good night was had by all. I think, I went home after poker, I didn't go out to the nightclub.
at September 26, 2010